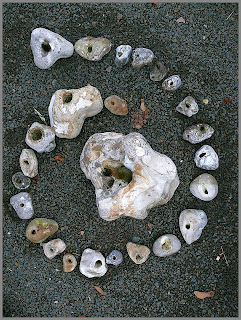 What is a Hag Stone?

A Hag Stone is simply a stone with a natural hole through it.  In folk magic systems, these are often believed to ward off the dead, curses, witches, sickness, and nightmares. They are also used as windows or doorways to see 'otherworlds', invisible spirits, or how a being 'really' looks beyond their glamoury. I've been collecting such stones for many years now.  They have always been rare finds that I've treasured.  I've long kept a reddish sandstone piece that I found around Lake Erie when I was in my twenties.  Occasionally I think of tying it onto one of my staffs to sell but I just can't seem to part with it.  Recently, I've acquired several large hag stones however and will be offering some of these in our shop.  While helping a friend clean out an old garage I came across a window sill with a row of these.  I also found an old paint bucket full of them.  Then, not even a week later, I found 3 more laying around a grocery store parking lot.  Finally, in a trek down an old dry riverbed, I found loads of them - more than I could carry and even boulder sized hag stones!  I guess it was my time to look into the Otherworld.  On the full moon this month, I started doodling little designs and symbols on them, just working with the stone. 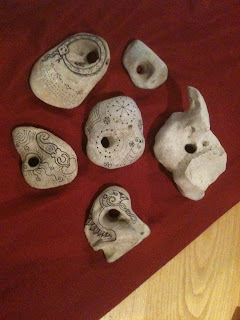 This is the riverbed area in McAllister Park, San Antonio TX that I found these in. 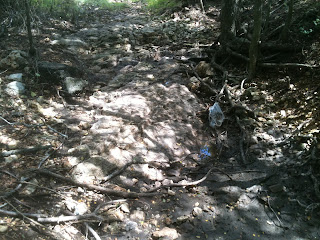 Warding Night Hags
In old Europe, this stone kept the "evil hag" spirit away in order to prevent her from stealing horses and children.  The hag stone is especially used as a favorite talisman by Cunning Folk to dispel the evil eye. Many people still hang this stone in bedrooms to prevent the succubus-hag from ridding on their chests during nightmares 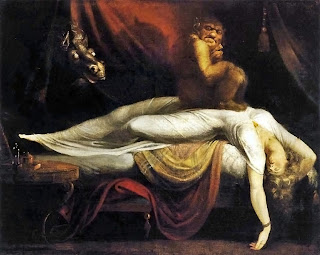 The Nightmare by Johann Heinrich Füssli

Seeing into the land of the Fey
In Italian Witchcraft the holed stone is associated with fairies, and often referred as the holy stone. It is considered a doorway, or key to the doorway, into the fairy kingdom. It Italian folk magic, it is believed these stones have the power to bind a fairy to one's service for a length of time. 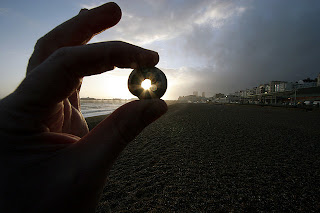 Sailors & Hagstones
In the UK, Dorset fisherman also adopted the Hag Stone as protective charm against malevolent witchcraft and still use it today.  Dr. H. Colley March in his article on "Witched Fishing Boats in Dorset" in Somerset and Dorset Notes and Queries, vol. X, pp .49- 50 (1906) interviewed a Abbotsbury fisherman about the custom of Hag Stones.

"Well within my remembrance, I think in the forties, certainly in the late thirties it was not uncommon for row-boats at Weymouth to have 'holy stones' tied to nails or staples in the bows, close beneath the gunwale. I once saw a man in the act of doing this at the quayside. Holy stones were beach-pebbles with a natural hole through them, such as are not uncommon among the shingle. Whether holy from having a hole through them, or from being sacred, or both, I know not. 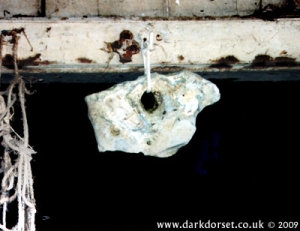 Farmers & Hagstones
According to the Legendary Dartmoor page:  “If ever you happen to be around any old Dartmoor farm buildings you may possibly notice a small holed stone or pebble sat on a window ledge. Occasionally if the building has a lock with a key still in it there may well be a similar looking holed stone tied to the end of it. These are known as Hex, or more commonly elsewhere, as Hag Stones and their tradition dates back to the time when witches rode along the hedgerows at night. Amazingly enough, although no farmer today would admit to keeping such a stone for any superstitions reasons they will be hard pushed to part with one. In many cases the actual stone with a hole through it will be flint which means as such a stone is not naturally occurring on Dartmoor it was 'imported'. In a similar light the hex stone may well be a pebble which again had clearly been brought to the moor, probably after a visit to the seaside. Either way they were physically brought back to serve a special purpose and that was for protection from witches and witchcraft. 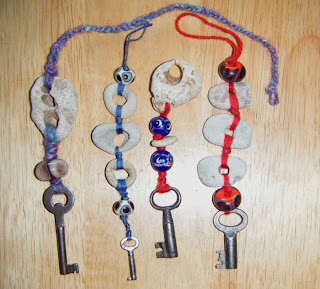 At one time there was a genuine fear that a local witch may cast an evil spell, or wisht on ones livestock. It may be that the spell ended up in the cows giving no milk or sour milk, possibly the result might be the hens stopped laying. If horses were on the farm there was a strong belief that witches stole them away at night and 'hag rode' them hard across the moor. When they re-appeared the next morning the poor beast would be in such a state that it was useless for any kind of work. Basically there was a whole range of 'nasties' that a witch could inflict on farm animals should her wrath be incurred. So to counteract any such witchcraft it was thought that a stone with a naturally weathered hole in it would, when placed in a byre, dairy or stable protect all the animals inside. Hence the reason that today you can still see the remnants of this tradition in some of the old farm buildings on the moor. Below is a photograph of one such stone that comes from an old farm building just outside Chagford. As can be seen this one resembles an animals skull for some strange reason, maybe this form afforded an even greater degree of protection."

Amulets
When worn around the neck a hex stone acted as an amulet and protected the wearer from the 'evil eye'. The theory being that anyone who attempted to use the the evil eye would have their attention drawn to the stone and therefore be unable to work their black magic. Around the Sheepstor area it was thought that wearing the hex stone would protect against the chances of being piskie-led. If anybody suffered from repeated nightmares the simple remedy was to hang a hex stone on the bedstead, its powers would then stop any visits from the 'Night Mare'.

"Some the nightmare hath prest,
With that weight upon their brest,
No returns of the breath can passe,
But to us the tale is addle,
We can take of her saddle,
And turn the night mare out to grasse." 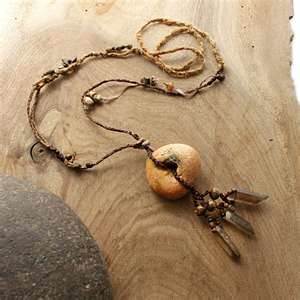 As if all the above was not enough it was often thought that rheumatic pains could be eased by placing a hex stone under the mattress. So all in all a hex stone was a very useful addition to the plethora of amulets often used in and around moorland farms for protection against the black arts. The belief in holed stones predates any historic traditions and probably stretches back into prehistoric times on Dartmoor with the huge stone known as th Tolmen stone, Teign-o-ver.

Numerous superstitions have grow around the stone and its curative powers. Again it is the belief in a naturally weathered holed stone only on this occasion it is much larger and has been 'holed' by the river Teign. The similarity between the Tolmen and Hex Stones is that by passing or looking through the hole one is seeing into or being transported to another realm, maybe the hole could be described as a portal between two worlds? 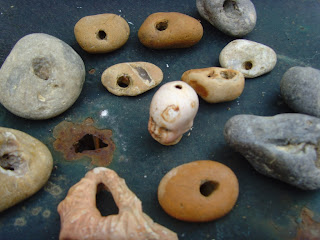 What's Bubbling in My Cauldron? 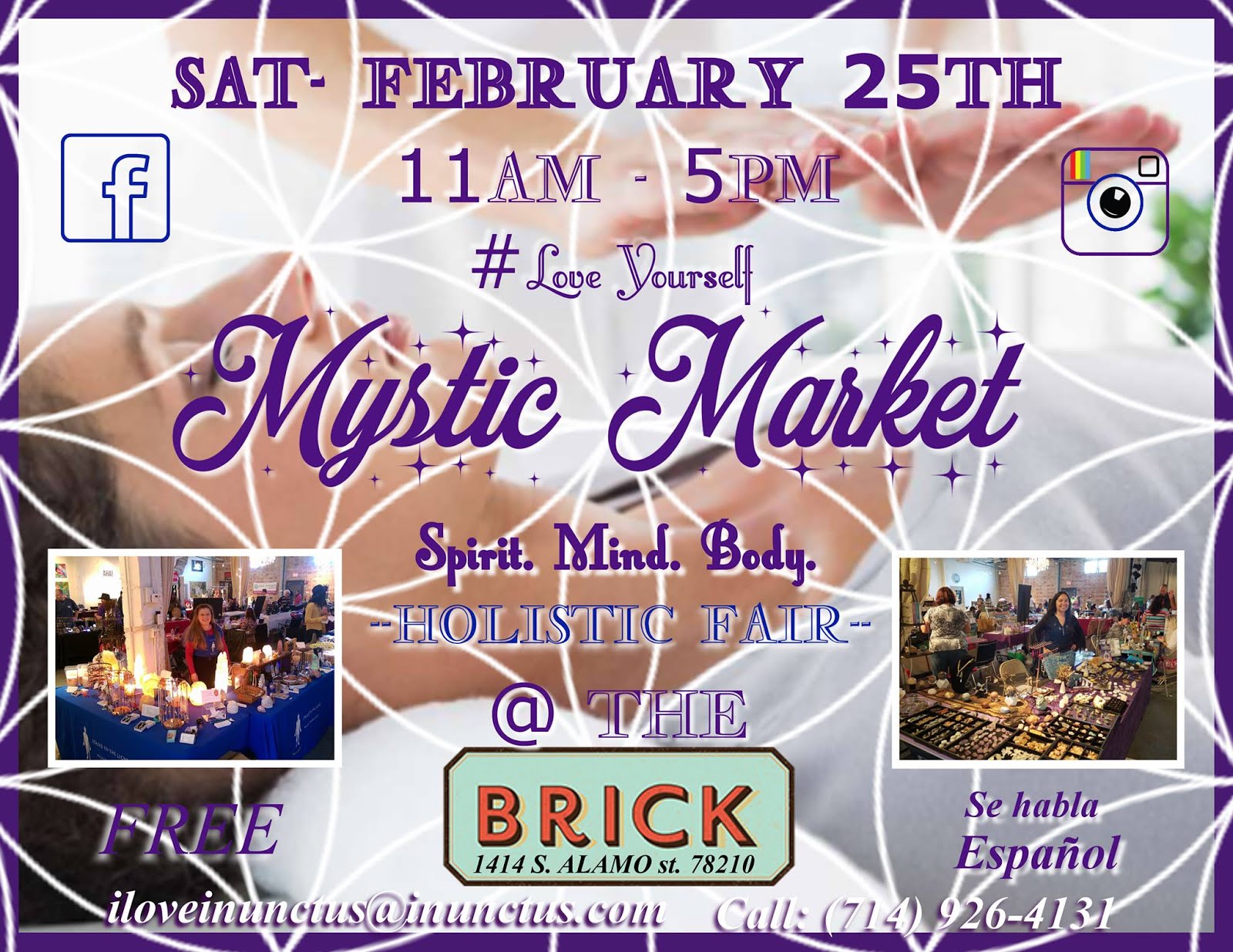 Monthly at The Brick art gallery in San Antonio 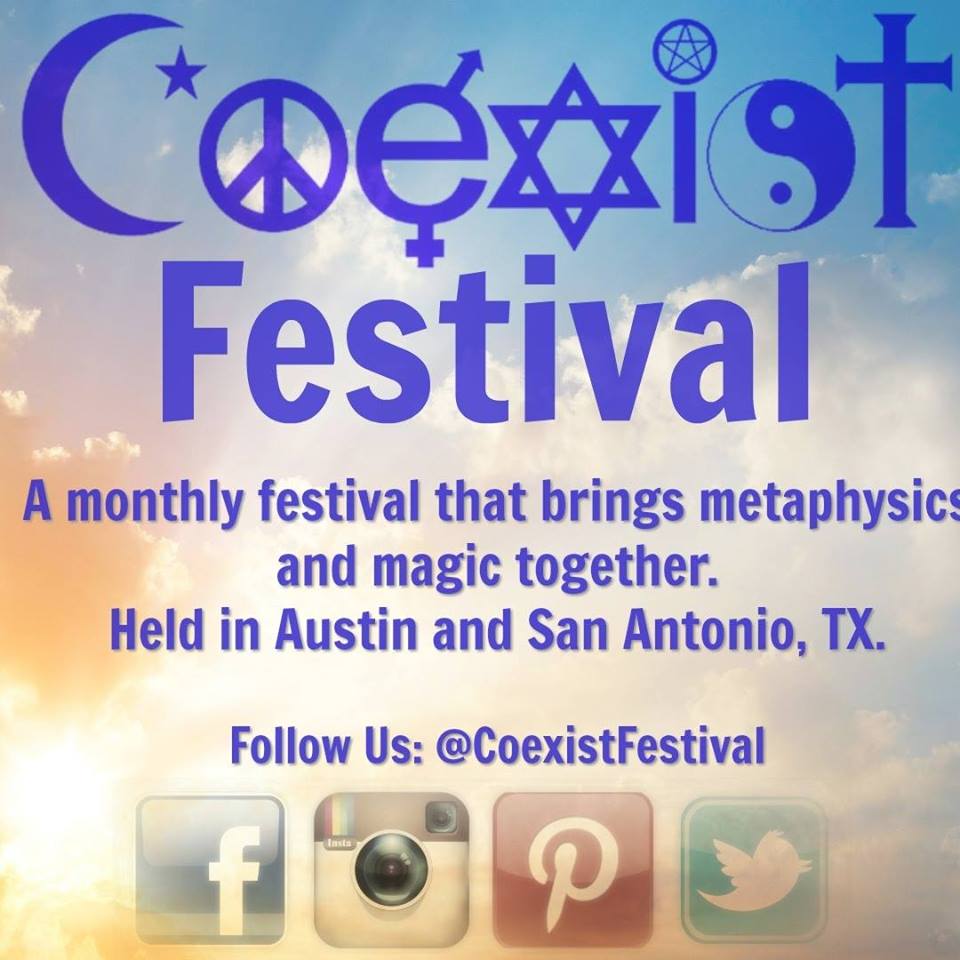 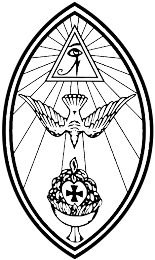 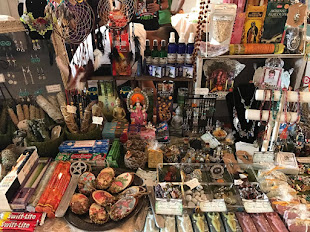 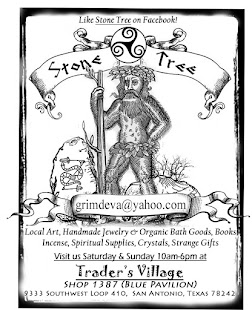 A look in the cauldron...